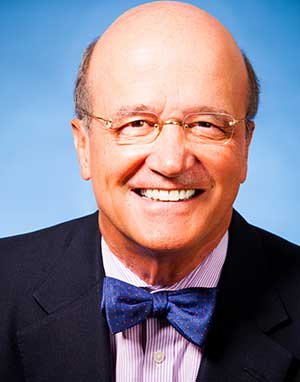 Michael C. Bellas is founder, Chairman and CEO of Beverage Marketing Corporation, a strategic consulting and research firm specializing in the worldwide beverage industry. He has been a leading spokesman, consultant, writer, editor and speaker in the beverage community for more than 35 years.

Mr. Bellas is founder and opening-day speaker of the most significant industry conference of recent years, The Beverage Forum. He is quoted regularly and frequently in publications ranging from The Wall Street Journal and The New Times to Fortune, Forbes, Business Week and other major publications worldwide. He has also appeared on numerous television programs including 48 Hours, Moneyline, Fox News, Power Lunch, Market Wrap, This Morning's Business, CNN, BBC, Financial News Network and CNBC. He is a past Contributing Editor of Beverage World magazine and past author of the magazine's regular "Worldview" column.

Mr. Bellas has provided strategic and long range planning counsel to most of the leading beverage companies in each of the key beverage segments. He has led numerous client engagements involving new growth initiatives, market entry planning, brand development/revitalization, domestic and international marketplace assessments and sales/distribution strategy development. He also has led numerous M&A, company and brand valuation and due diligence engagements. He has extensive international experience having executed numerous assignments in Latin America, Europe and Asia. Previously, he launched his firm's annual series of definitive U.S. and international market reports on major beverage categories, as well as statistical services and the annual Beverage Marketing Directory, all of which have become industry-standard information resources. These publications have included:

He has spoken on various issues and written numerous articles on the multiple-beverage marketplace. These include:

Mr. Bellas is a past Contributing Editor of Beverage World Magazine and authored the regular "Worldview" column. Following is a list of the articles authored by Mr. Bellas for the magazine:

Mr. Bellas was born into the beverage industry; his family established and operated two multi-beverage alcoholic distributorships in Ohio. A graduate of Yale University, he holds the Juris Doctor degree from the University of Michigan and an MBA from Columbia University, where he was a McKinsey Scholar. Before establishing Beverage Marketing Corporation in 1972, Mr. Bellas was a Staff Consultant and Project Manager for Cresap, McCormick and Paget, New York-based management consultants. 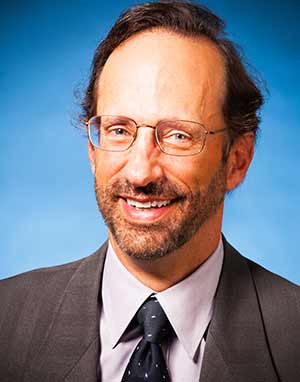 Before joining, BMC, Mr. Sudano was with Constellation Brands, a leading US beverage alcohol company, where he held the position of VP Business Processes responsible for creating a corporate operations and consulting function to service Constellation's wine, spirits and beer businesses. This group was responsible for guiding improvement in business performance across all areas of the Corporation. While in this role, Mr. Sudano lead the due diligence and transition efforts for entering the premium wine business and provided corporate oversight for the integration and transition of the Black Velvet distillery and brands. Other activities included oversight of business risk management and covering issues such as promotional effectiveness to performance metrics. 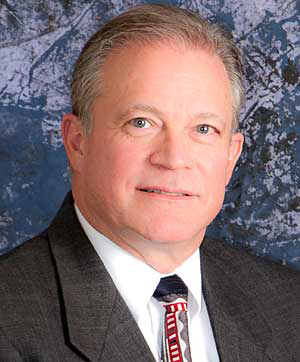 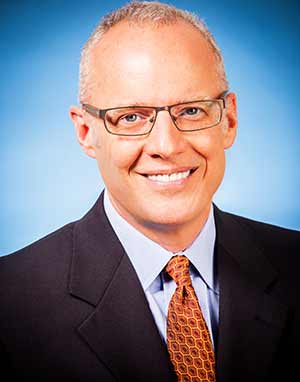 Mr. Hemphill has worked to develop and manage two beverage databases: DrinkTell™, the only comprehensive U.S. beverage database; and the All-Channel Database, the only detailed channel analysis beverage database. In addition, he has created and maintained proprietary beverage industry information systems for clients in the U.S. and Canada -- helping to provide clients with the overall insights they need to make their strategic, planning and marketing decisions that are critical to their success.

Mr. Hemphill has more than 25 years experience in the beverage industry. Previously, he served as editor of the trade publication Beverage Industry and he also directed new product publicity for the Pepsi-Cola Company where he contributed to a range of assignments. Previous to those positions, Mr. Hemphill held various newspaper writing and editing positions.

Mr. Hemphill is widely quoted in the press and has often been interviewed on both TV and radio on issues of critical importance to the beverage industry. He has spoken at a range of conferences, conventions and industry events including InterBev, the Beverage Forum, the NAMA (vending) trade show, the FMI convention, World Juice, the International Dairy Show and many others.

Mr. Hemphill holds a bachelors degree in journalism from The Ohio State University and resides in New York City. 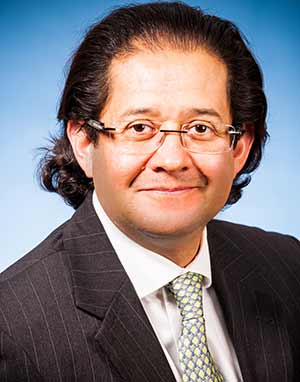 Assignments have included competitive analysis, consumer and market trends analysis, market entry strategies and financial assessment, among others. He has also contributed to client's strategic decision making through recommendations on trends within the U.S. Hispanic markets. He is also responsible for the firm's Latin American consulting practice.

Prior to joining Beverage Marketing, Mr. Martinez-Robles occupied several senior positions at InBev (formerly Interbrew), the world's largest beer company: Area Director-Americas Global Market Development, where he was responsible for a number of leading European beer brands in the US as well as market development activities for the U.S., Mexico and Central America: Managing Director, Business Development for InBev USA and Vice President at Labatt Breweries of Canada where he was responsible for Labatt-Interbrew's relationship with FEMSA (Mexico's second largest brewer) as well as business development activities for the Americas.

Prior to InBev, Mr. Martinez-Robles was Managing Partner at EQUITUM, a financial and strategic advisory firm in Mexico City, where he provided advisory services to clients within the beverage, transportation and real estate sectors. Prior to this position, he was a Director at N M Rothschild & Sons, where over the course of 9 years he provided merger, strategic and restructuring advisory services to major corporations and governments throughout Latin America. He also worked during three years as management consultant with McKinsey & Company within the chemicals, telecommunications and oil and gas sectors.

Mr. Martinez-Robles, a Mexican national and US resident, holds an MBA from the Wharton School of the University of Pennsylvania and a BS in Chemical Engineering from Universidad Iberoamericana (Mexico City). 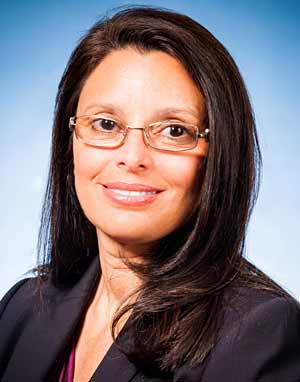 Charlene Harvey is Director, Sales & Marketing for Beverage Marketing's Research Group. In this role, she works with Beverage Marketing clients and prospective clients to help them determine which of Beverage Marketing's 30+ market reports, databases, custom research or strategic and tactical consulting services can best help them meet their needs in a timely, cost effective manner. Ms. Harvey regularly acts as a liaison between clients and the various functional groups within BMC to ensure the right BMC team members are involved in any given project. Her understanding of client “wish-lists” and ability to match those against existing BMC products vs. the need for custom research or consulting services have resulted in the development of a number of BMC products including BMCDataDirect™ and BMC's All-Channel Beverage Database™ which was initially developed as a custom project.

Ms. Harvey also oversees development of the company's collateral materials and advertising. She is active in reaching out to industry participants through the development of relationships and alliances with trade associations and participation in various industry trade shows and events. Over the years, Ms. Harvey filled a number of roles at BMC including project director of electronic services. In that position she was charged with working with programmers to develop feature sets and design of BMC products that would utilize the latest technology but be streamlined and easy for non-technical users to manipulate. A number of these BMC products continue to be widely used, including BMCDataDirect, BMC's CD products and the downloadable internet version of the Beverage Marketing Directory. Ms. Harvey has also been responsible for reaching out to industry professionals through the introduction of vehicles such as BMC Weekly StatLine, the industry's first free electronic newsletter and more recently, BMC Monthly SnackLine. She also spearheaded development of the company's earliest website. In past years she was also involved in the company's press relations activities.

Prior to joining Beverage Marketing, Ms. Harvey worked as a marketing and public relations consultant for GCI Corporate and Financial, the corporate and financial public relations subsidiary of Grey Advertising. As an account executive and later, account supervisor, she helped clients with their internal and external communication vehicles as well as crisis communication strategies. She also developed marketing materials, wrote position papers, by-lined articles and client newsletters and developed marketing and press strategies and campaigns for the agency's clients. This position honed her ability quickly analyze diverse client issues and needs and develop solutions tailored to their budgets and timeframes. This experience proved invaluable in enabling her to assist BMC clients and prospects at all levels in developing workable solutions to their issues.

Ms. Harvey has also worked with a number of start-up companies, helping them to develop business plans and marketing strategies, tactics and collateral materials. As a result, she has a keen understanding of the challenges faced by businesses in varying stages of development and the ways Beverage Marketing can help them. Early in her career, Ms. Harvey worked for SCM Corporation where she held the position of International Finance Analyst. She also worked in the financial policy department at the international conglomerate's corporate headquarters in New York City. 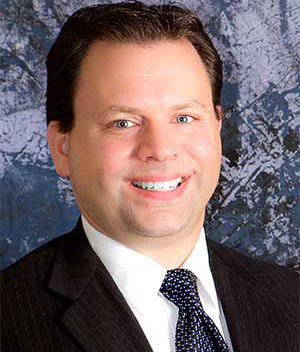 Prior to joining Beverage Marketing Corporation fulltime in 1995, his start in the beverage business occurred the day after he graduated from high school in the summer of 1991 where he worked seasonally for two years at Beverage Marketing Corporation. He also worked for one year seasonally while in college for Iron City Distributing Company in their warehouse learning the beverage distribution business.